Audio, MIDI, timing, and messages (including Live API commands) are sent between Max and Live in order to make this happen.

Preview Mode is always enabled when you begin to edit a device in Max.

Another clue that preview mode is active is that the edited device appears grayed out in Live. 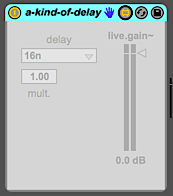 In addition, the device's user interface in Live regains its normal appearance. 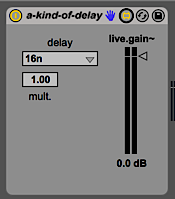