Finding the Pluggo for Live devices 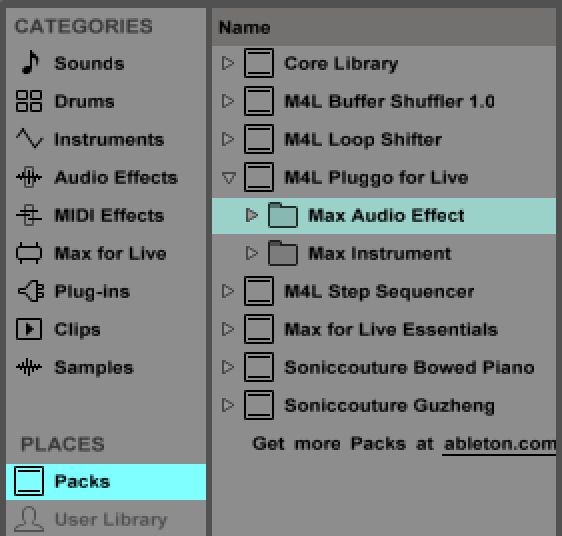 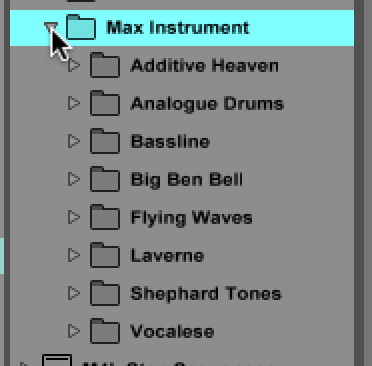 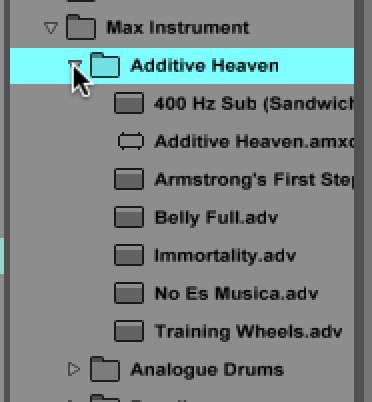 Each plug-in folder contains the plug-in itself, which can be identified by its double-arrow icon 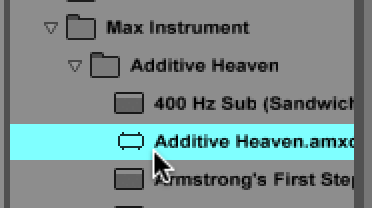 Every Pluggo for Live plug-in also includes a number of device presets. These presets appear below the icon for the device itself. 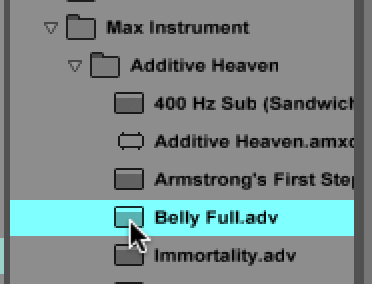 Note: Device presets are frozen and must be unfrozen before they can be user-edited. The device itself can be edited, although it is suggested that you create presets or save a copy of the device when working with the original.