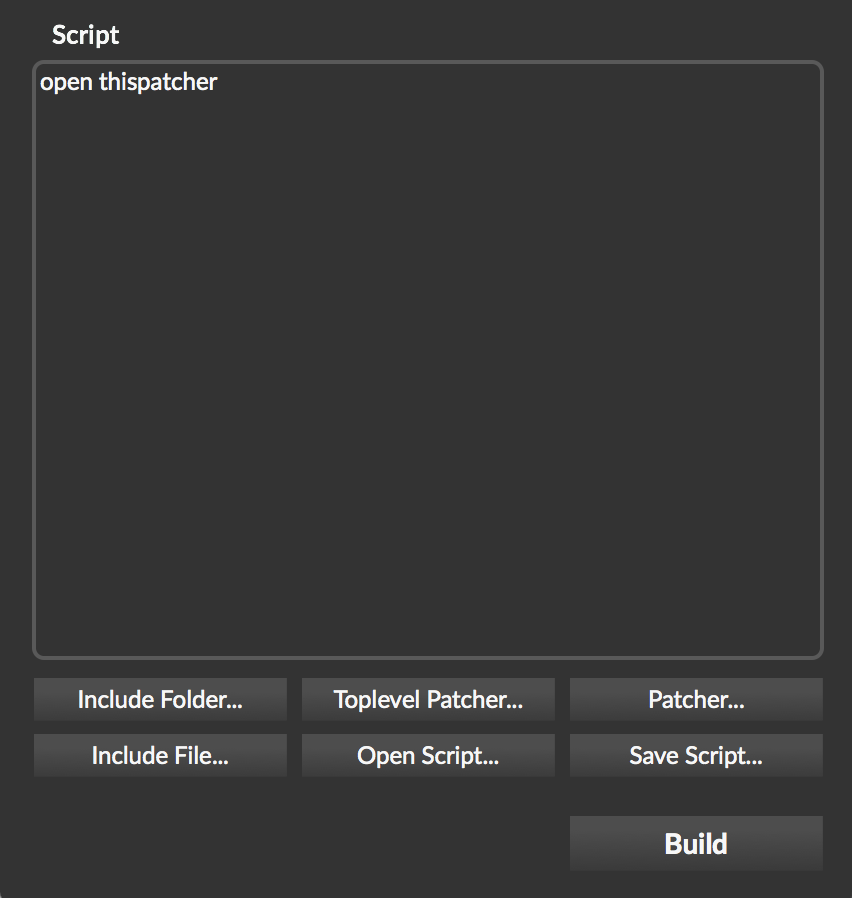 Adding toplevel patchers to your collective

If you were to open this collective, both of the files listed with the open keyword would initially be visible.


If there are other files used by a toplevel patcher in the collective, you may need to add them explicitly in the following cases:

Adding files to a collective


If you have an entire folder of data files you want to include, you can include all the files at once.

Including all files in a folder in a collective

Note: Including a folder will only include files in the folder itself . Folders inside the folder you select will not be included.


Editing a collective script to include a large number of files and folders can be time consuming. To avoid repeating the process, you can save a collective build script .

To ensure they can be properly opened, collective files should have the .mxf extension.