As you work with MC you'll encounter a few objects beginning with mcs. These are a special class of object that implement multichannel processing in a unique way. 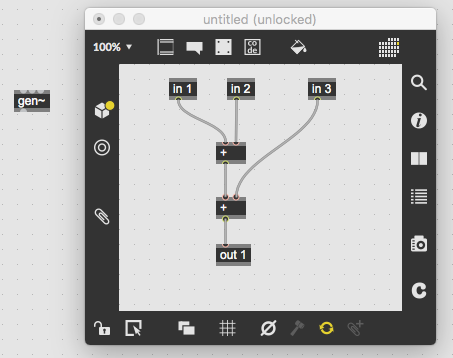 The mcs.gen~ version of this patch would have only one multichannel inlet. You can connect a multichannel patch cord to this inlet and it will distribute the first three channels to the corresponding in operators. Likewise, multiple outlets are provided as a single multichannel outlet. 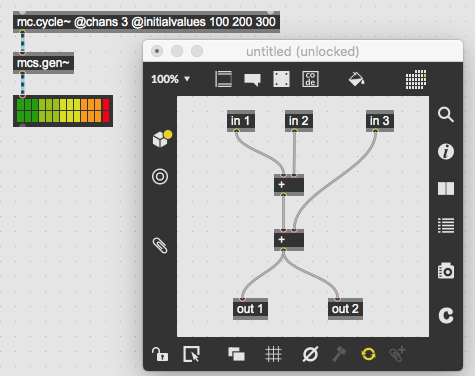 By contrast, if you made an mc.gen~ with this same Gen patcher, you would see an object with three inlets and two outlets. Each of these inlets corresponds to the in operator within the Gen patcher, but with mc.gen~ there are multiple instances of the Gen patcher running inside the MC wrapper, so multichannel signals connected to these inlets are distributed to each Gen instance. 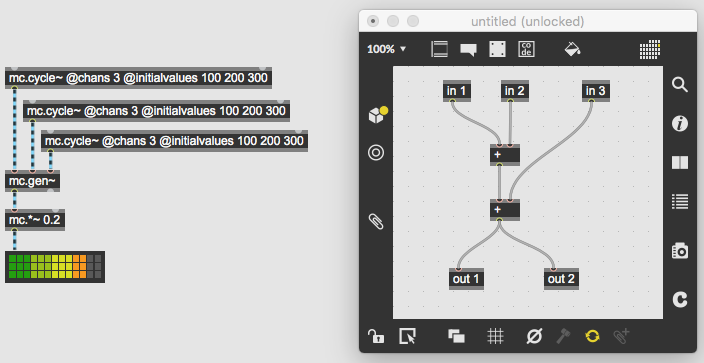 Another group of MCS objects deal with multichannel buffer~ data. If you create a buffer~ object with four channels of audio data, the mcs.play~ object will combine all four output channels of this audio data into one multichannel output. By contrast, mc.play~ lets you create multiple "players" of the same data in the MC Wrapper.