Multichannel patch cords are useful as a way to organize audio signals. MC includes several objects that you can use to change how signals are organized. 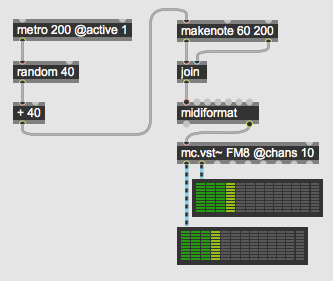 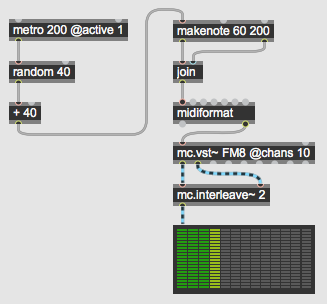 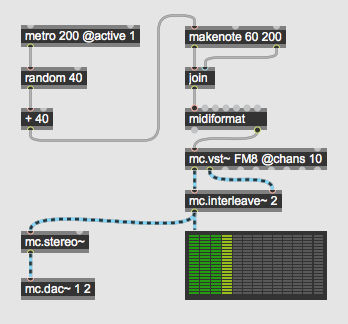 The mc.transpose~ object provides a more general way to reorganize multichannel signals. If you have four instances of groove~ in an mc.groove~ object playing back stereo samples, it provides you with two four-channel patch cords separating left and right channels. It may be more useful to have four two-channel patch cords, each of which has the left and right channels for the four instances. This can be accomplished with mc.transpose~: 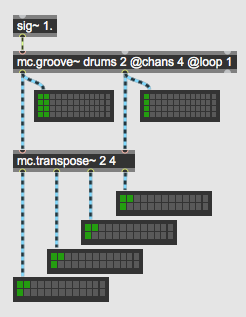 Now you can add individual effects on a per-MC-instance basis, using mcs.vst~ as shown here: 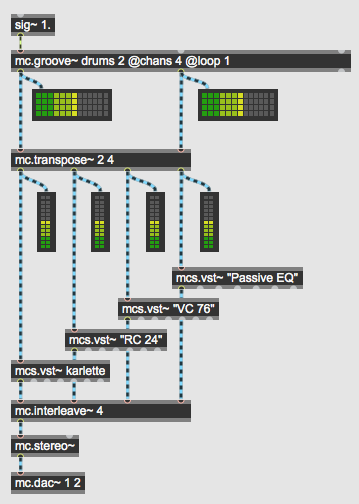