Mixing and Panning in MC

Mixing and Panning in MC 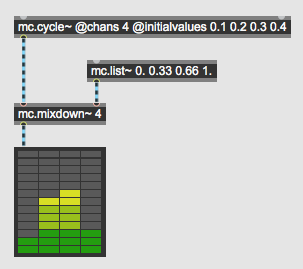 For dynamic panning, you can use any multichannel signal for the pan input of the mc.mixdown~ object. For example, we can use an mc.sig~ object with the deviate message to create a set of values for channel panning. 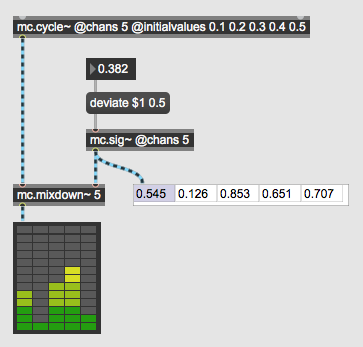 Using oscillators for the panning position allows you to create evolving results with only a few objects. 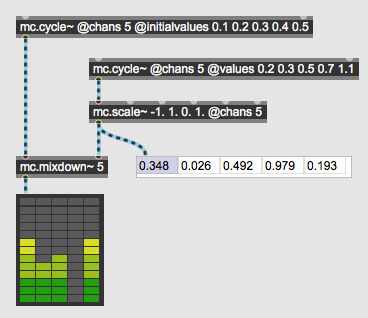 The pan position is a value between 0.0 and 1.0, and represents an even-power pan within a circular configuration of channels spread evenly across that range. For example, a two channel configuration has the two outputs at pan position 0.25 and 0.75. 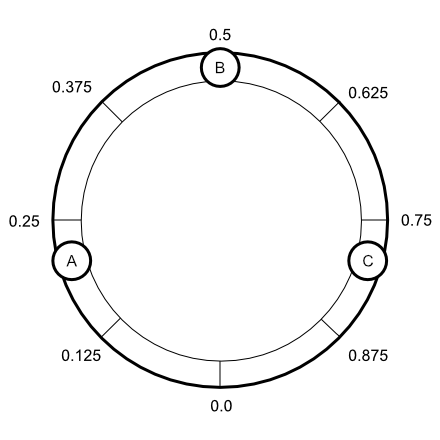 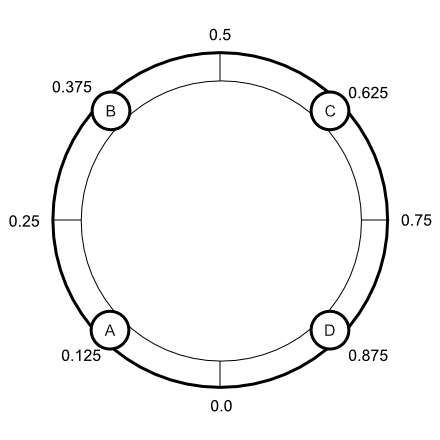 To determine the pan position of any single channel in a mc.mixdown~ scenario, divide 1.0 by the number of channels times 2, then use the odd-numbered values produced. For example, if you have 5 output channels, the pan positions for the outputs will be:

In this mode, the pan position is a value between 0.0 and 1.0, and represents an even-power pan across a linear configuration of channels spread evenly across that range, but with the first and last locations at positions 0.0 and 1.0.

Panning mode 2 is similar to mode 1, in that the values are placed on across a linear path with the values at the extreme ends. However, in this mode, each output is placed at its integer value, with the lowest output at 1.0, and the highest output located at its value. For example, a three-output configuration would have outputs at 1.0, 2.0 and 3.0:

Like mode 1, the values are clamped at the top and the bottom of the range, so values under 1.0, or over the integer value of the highest output, will not produce expected results.

Mode 3 is similar to mode 0, in that the panning exists in a circular layout. But like mode 2, the outputs are located at their integer value locations. A four-channel configuration would have the outputs as follows: 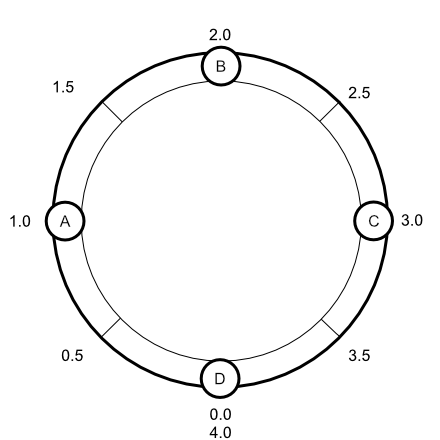 Note that location 0.0 is the same as the location of the last output, and the first output occupies location 1.0. This allows you to 'rotate' a sound around the outputs, but makes direct access to each output easier to manage.

As with standard signal patchcords, combining two multichannel patchcords at an object inlet will mix the contents of prior to processing. When the two patchcords contain the same number of channels, the channels will be mixed together individually.

If one multichannel patchcord contains more channels than the other, the result will be the largest channel count of either of the patchcords.

In many cases, you can also mix multichannel and standard audio signals, with the standard signal treated as the equivalent of a 1-channel MC signal. 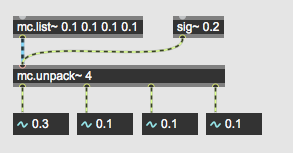 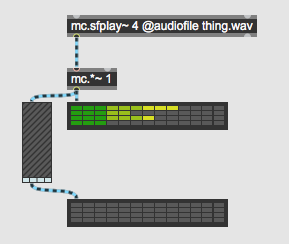 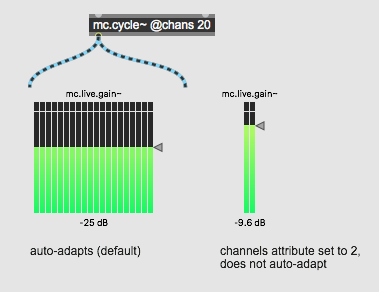 The mc.multigain~ object is a version of mc.gain~ offering individual sliders for each input channel. 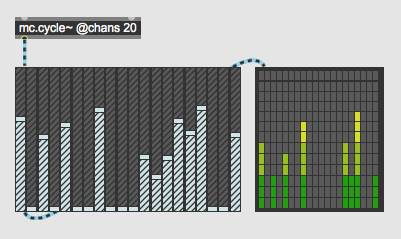 The mc.multigain~ provides a way to set all sliders with modifier key gestures.