The featured addition to Max 8 is the new MC system. MC, short for multichannel, offers a fundamental change to the way that audio signals are handled: patchcords can now carry up to 1024 channels of audio, and a single object can perform DSP tasks on all channels simultaneously. This changes the way you deal with large audio networks, and simplifies working with massively parallel datastreams. 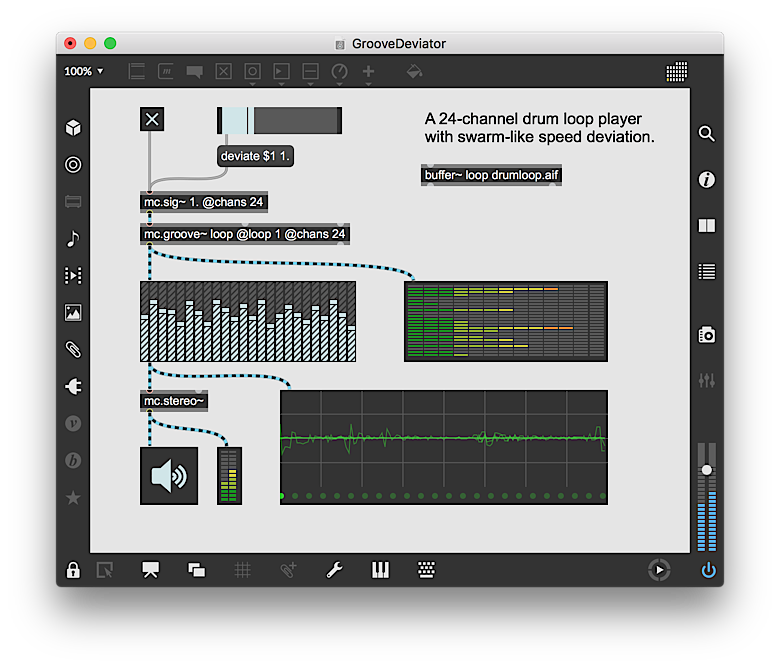 The MC system is about more than multiple outputs/speakers. The new and updated MSP objects (created using the "mc" prefix, and atteched via multichannel patchcord) includes signal manipulation and management functions that open the doors for a new method of sound design: one that doesn't tie itself to a previous generation's resource limitations.

There have been significant improvements in the performance of the Max application. Max itself loads up to twice as fast, and patches will load nearly 4x faster. Complex editing and formatting functions have been optimized, including activities that involve large numbers of UI objects.

There have also been improvments at the modular level, with performance enhancements in OpenGL tools, Max for Live parameters and some data-heavy objects - most notably, coll.

Max 8 includes a Mappings feature inspired by DAWs like Ableton Live, where you assign a physical control to a UI element by selecting an object and moving a MIDI controller - or pressing a key - to map to that object. 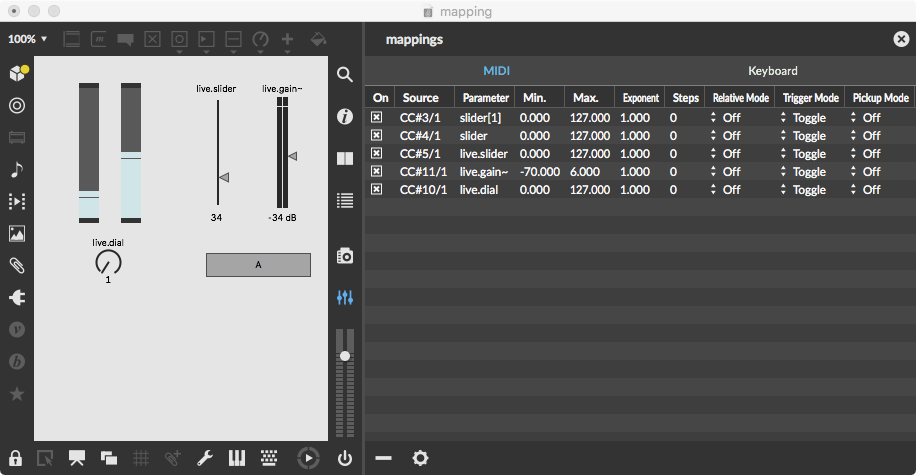 While Mappings is based on a familiar production concept, you can take it much further with Max, using keystrokes to initiate a complex series of events, or using a MIDI slider box to control a rack of synthesizers.

Originally developed as a quick introduction to Max, the Vizzie system has become a staple for developing interactive visual prototypes. With Max 8, Vizzie has been completely rewritten to use OpenGL as its underlying engine, allowing for much more complex patching. 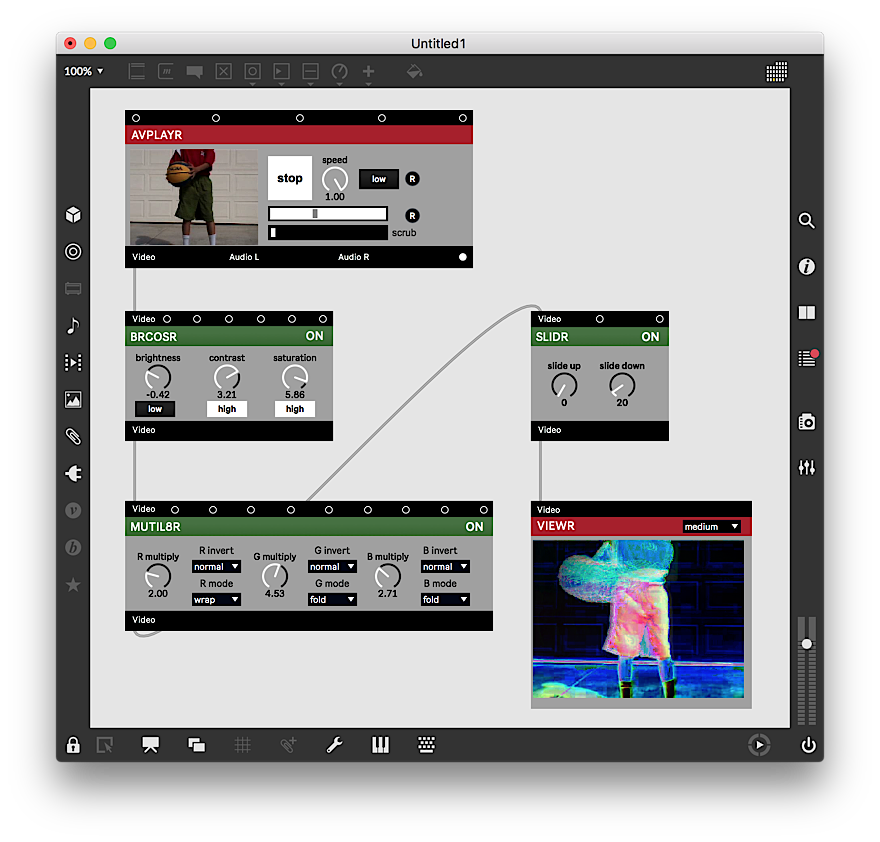 Not only can you use Vizzie modules to create high-perforance visual patches, but you can also interface with standard OpenGL programming, the Jitter physics engine and other advanced visual systems for development of deeply immersive graphics. 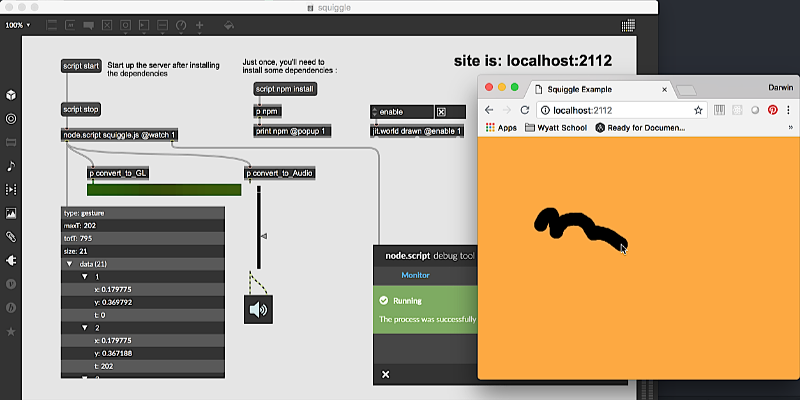 Taking advantage of the NPM library, you will be able to find tools to manage almost any networking and computing task that your patches might need.

There have been several improvements to the patching environment, offering a more fluid and optimized patching experience. These include: 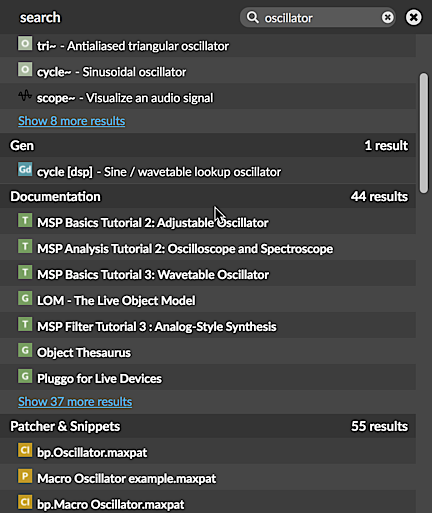 Typing any phrase into the Search Sidebar will give you immediate access to all of the information available within the Max application, and includes the entire set of articles and forums on cycling74.com. This will help you keep vital information close at hand, and can help you discover new objects and techniques.